Wing & Shot donates time to train emotional support dog for 27 year old man with cerebral palsy and commits to train and donate a therapy dog to a special child in need every year. Read More

Fred Saber had trained dogs professionally for more than two decades—so when the opportunity to expand his business by taking over Maple Lane Kennels from the former owners who were retiring came up, it was an easy choice. Read More

Wing & Shot is proud to have been named best new business in 2017 by The Citizen and as voted on by area residents. 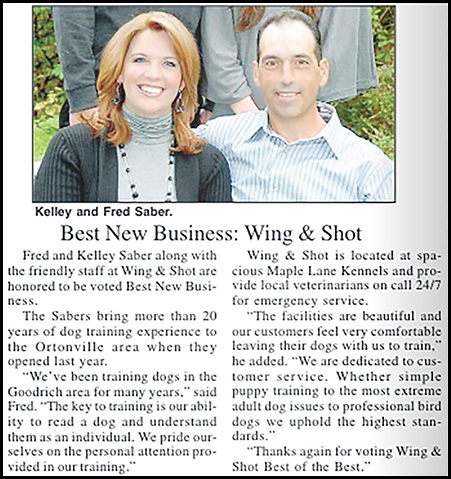 based in Michigan. Serving the U.S. & beyond.Find Us